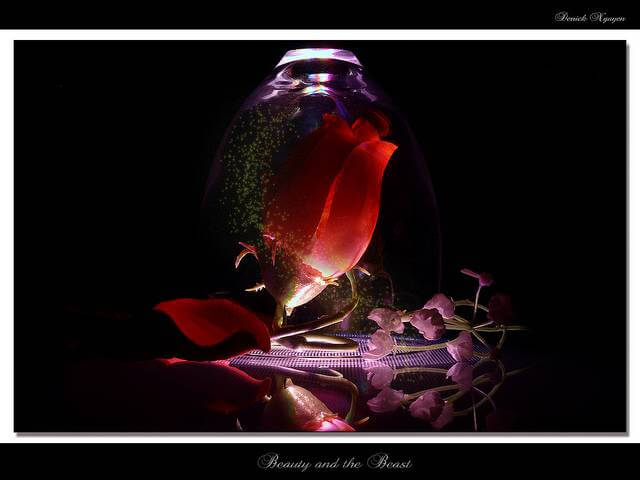 Whether it is on your dining room table or on the silver screen, flowers steal the show. Some of the most memorable scenes from movies are those with flowers. It isn’t surprising really — flowers communicate so much more than words in a way that is hard to forget. Chances are one of your favorite movies features flowers that are hard at work conveying meaning and creating ambiance. Let’s take a look at some of the most famous flowers from movies.

Poppies in The Wizard of Oz

Who could forget the scene from The Wizard of Oz film in which Dorothy and her friends fall asleep in a field of scarlet poppies? Dorothy and her group cross through the blazing field in order to reach the Emerald City. They are not aware that the lovely flowers are cursed. The magical flowers smell wonderful and cause anyone who smells them for long to fall into an eternal sleep. The field is an obstacle to slow the group down, possibly for good. In the film, only intervention from Glenda the Good Witch in the form of snow breaks the powers of the poppy. However, in the book by L. Frank Baum, it is the Tin Man and the Scarecrow who save Dorothy, Toto, and the Cowardly lion. In reality, poppy seeds are used to make the drugs opium, heroin, and morphine which are depressants and induce sleepiness among other things.

It may not technically be a flower (yet), but the innocent and good green seedling in the Disney animated movie WALL-E stands in stark contrast to the cursed poppies of The Wizard of Oz. This film is about a robot living alone on Earth, which has been nearly destroyed by garbage and mismanagement. WALL-E’s job is cleaning up the mess while the humans wait on a spaceship for signs of life. WALL-E finds a little green seedling, which Eve, another robot, is sent to find. The two fall in love. This small green seedling represents regeneration and life. In a world devoid of life, it sends a powerful message that words cannot. I think this is one of the best Pixar animated films made; it doesn’t receive enough credit.

Roses in Alice in Wonderland

The scene of the card gardeners painting the roses red in attempt to avoid the Queen of Heart’s wrath is one of the most famous scenes in any movie version of Alice in Wonderland. The card gardeners planted white roses instead of red, and they fear the violent queen will behead them if she finds out their mistake, so they are painting the white roses red. Many sources say that this is a political satire about the famous War of the Roses between the Lancaster and Plantagenet families as they fought for the throne of England in the 1400s. Other sources say that painting the roses represents hiding what you really are to avoid torment, and that the queen is a parody of irresponsible authority figures. Whatever the meaning, the impact of the scene is powerful. Alice in Wonderland has to be one of my top five favorite movies.

The creepy, downright sinister carnivorous plant Audrey II in Little Shop of Horrors in my opinion represents a primal fear of what plants could be capable of. Audrey II is a giant carnivorous plant from outer space that falls to Earth with plans of eating humans, reproducing, and taking over the world. Audrey II is the star of the film and musical and no one who has seen this production will soon forget it. Audrey II offers fame and riches if Seymour will provide her with food. Soon she becomes big and powerful putting out lots of flowery little babies. She is fascinating and beautiful in a bizarre, scary kind of way and very persuasive. She symbolizes the temptation to do whatever it takes to achieve fame, power, and riches in addition to demonstrating the fears present in the human imagination.

The Rose in Beauty and the Beast

The rose makes an appearance again in the 1991 Disney film Beauty and the Beast. Unsurprisingly, the rose signifies love. In the prologue, the prince refuses to give shelter to a beggar who offers him a rose. It turns out that the beggar is an enchantress and she punished the prince for his lack of love by turning him into a beast. She tells him that the sparkling, magical rose will bloom until he is 21 and if he can learn to love and be loved in return before it dies, the spell will be broken and he will turn back into a prince. If not, he must remain a beast forever.

One of my favorite movie makers, Tim Burton, creates a breathtaking scene with daffodils in the movie Big Fish. In this scene, Sandra opens the window and Edward is standing in a field of beautiful, sunny daffodils. He planted them just for her and they show his love for her. In reality, the daffodil represents regard, unrequited love, and respect. These daffodils are real daffodils that Tim Burton’s crew spent a whole weekend planting.