Accessibility
You are here: Home » Blog » Funeral Practices in the Jewish Faith 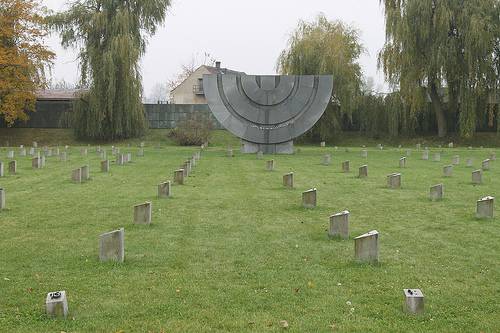 As an event planner, I help individuals to plan both happy and solemn gatherings. Though helping to plan a funeral is a sad undertaking, I believe every effort should be made to honor the deceased individual and respect his or her faith. A funeral for someone of the Jewish faith has its own traditions and customs. In this week’s blog, I thought I’d share some Jewish funeral traditions with you.

One of the most interesting Jewish funeral customs is known as the rite of K’riah. If you see someone at a Jewish funeral with a ripped shirt sleeve or tie, you know that the person is practicing the rite of K’riah. The rip illustrates the person’s feelings of heartfelt loss. You may see a person with a rip on his or her left shirt sleeve. This means that he or she is a child of the deceased. The rip is on the left side because it’s a loss that is especially close to the person’s heart. Close friends and others may have a tear in their right sleeve.

One of the most familiar Jewish funeral customs is the wearing of the yarmulke. Men attending the funeral wear a black yarmulke as a sign of respect for the deceased person. If you’re a man attending a Jewish funeral, you will likely be provided with a yarmulke if you are without one.

A Word about Jewish Funeral Etiquette

The tone of a Jewish funeral is one that displays genuine respect for the person who has passed away. Consequently, friends, family and guests should not talk to one another during the service. The only appropriate time to speak is during prayers. I would like to add that it’s wise to leave your cellphone and other technology in your car when you arrive at the synagogue. Just think of how YOU would feel as a family member of the deceased if you heard a cellphone ring during a dignified funeral service.

A second bit of Jewish funeral etiquette involves flowers. I completely understand that friends and acquaintances of a person who has passed away often want to send flowers to the family. They send them with the best of intentions thinking that the flowers will be a cheerful sight during such a sad time. However, it is not appropriate to send flowers to a Jewish funeral. Flowers are considered an adornment and a Jewish funeral is a solemn occasion that’s all about coping with the reality of a person’s death. In some cases, a small amount of flowers may be seen at a Jewish funeral. Flowers that are present at a Jewish funeral have been approved by the rabbi who is conducting the service. In lieu of sending flowers, you may contribute money to a favorite charity of the deceased. Perhaps the person loved working at the local animal shelter or felt passionate about a particular organization that works on behalf of children. I think a charitable contribution is a wonderful way to honor a beloved family member or friend.

I hope this helped you to learn more about the customs of Jewish funerals. Thank you for reading. -Sophie