Accessibility
You are here: Home » Blog » 9 Houseplants That Will Purify Your Home’s Air 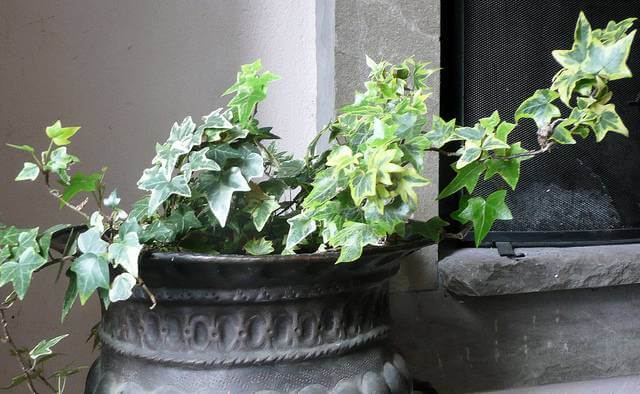 Are you interested in obtaining inexpensive, solar-powered air purifiers for your home? Look no further than your favorite florist or plant nursery. Research done by NASA has proven that some houseplants are powerful air cleaners; certain plants can clean up to as much as 87% of pollutants from the air within a day. Using one plant per one hundred square feet is all that is needed to cleanse indoor air of toxins like benzene, formaldehyde, and trichloroethylene, ammonia, and toluene. These chemicals are emitted into the air from household cleaners, paints, varnishes, plastics, building materials, cigarette smoke, cosmetics, aerosol sprays, and other common items in the household. New construction is even more likely to hold these pollutants, contributing to a phenomenon called sick building syndrome. These pollutants can cause allergies, headaches, eye irritation, and cancer in humans. Since we spend 70% to 90% of our time indoors it is important that air quality is top notch. Plants are a beautiful, inexpensive way to do this. Here are some of the best easy-to-grow plants that are also powerful air purifiers.

The peace lily is a popular houseplant featuring dark green, shiny, lance-shaped leaves and white flowers. The actual flowers are on a yellow spadix surrounded by a white spathe. Peace lilies reach between one and three feet tall. They will tolerate low light although they prefer bright light and they require moist but not soggy soil. Peace lilies filter benzene, trichloroethylene, ammonia, xylene, and toluene.

There are many types of dracaenas and many are popular houseplants, but the ‘Warneckii’ cultivar has been tested in NASA’s clean air study and has been proven to remove benzene and trichloroethylene from the air. This plant features long, slender striped leaves. Dracaena deremensis ‘Lemon Lime’ is especially striking with yellow and green striped leaves, and likely has the same purifying properties as ‘Warnecki.’

The colorful florist’s mum does more than merely decorate your home; it is one of the strongest indoor air purifying plants that you will find. This plant cleaned the air of all three pollutants that NASA tested for: benzene, formaldehyde, and trichloroethylene. It also filters out ammonia, xylene, and toluene. The florist’s mum needs bright light and plenty of water. It also benefits from fertilizer while in bloom. It may be difficult to get these plants to bloom again, but they can be planted outdoors when they are finished flowering inside.

You have likely seen golden pothos in many a home, and for good reason: it is beautiful and easy to care for. The gold-streaked green leaves cascade from hanging baskets or pots, giving life to austere offices and combatting sick building syndrome. Golden pothos is especially good at absorbing formaldehyde. It is very easy to take cuttings from golden pothos, root them in water, and share them with friends.

The Gerbera daisy is another colorful flowering plant like the florist’s mum, and also like the florist’s mum it is a purifying powerhouse; it purifies the very same toxins from the air. There is no reason to feel guilty when splurging on these beauties — I look at it as buying a health-improvement item. Gerbera daisies make a great gift for the holidays because of their cheery looks and because they are literally a breath of fresh air. They are usually kept for a few months while in bloom and then planted outside or discarded since it is difficult to get them to bloom again; however, they are inexpensively replaced. They prefer bright light and plenty of water; water from the bottom as with African violets.

When you hear the word houseplant, there is a good chance this is the plant you picture. The nearly indestructible nature of the Mother-in-law’s tongue has made it a beloved favorite in many homes, including my own. This is one plant you can almost forget about. It will grow under almost any light conditions and doesn’t need as much water as many other houseplants. There are many different species of Sanseviera if you tire of the most common ones. They do flower occasionally when pot bound, but they are grown for foliage. Although they can withstand abuse, they should be given the right conditions to thrive. Mother-in-law’s tongue removes xylene, toluene, and formaldehyde from the air.

If I could only have one houseplant, this would be it. Aloe is useful, easy to care for, pretty, and reproduces easily. I have one that has been passed down in my family through the generations. In addition to removing benzene and formaldehyde from the air, the gel inside of aloe leaves is used for burns, cuts, and bug bites. Nothing is more soothing on a sunburn than cold aloe gel, and if you have an aloe plant in your home you will always have aloe gel on hand.

English ivy can be grown as a groundcover outdoors or as a houseplant. It is easy to train it to climb sticks, trellises, and topiaries. This plant appreciates humidity and a cool environment along with bright indirect light. If treated right, English Ivy will reward you with its beauty and by taking benzene from the air. Many different leaf forms, colors, and patterns are available. This plant looks stunning when planted with other plants in a pot or basket.

The Spider plant is another easy-to-care-for, prolific plant; it is known to remove formaldehyde. I like to keep this plant on hand because the numerous babies it produces make great gifts to friends and family when put in a pretty pot. It is quite beautiful in a hanging basket, and is fast-growing. Spider plants put out delicate white flowers on the stems that hold their babies or ‘pups.’ They enjoy bright but indirect sunlight. Bright light helps to keep the leaves strikingly variegated.