Accessibility
You are here: Home » Blog » What’s The Reason For Four Seasons? 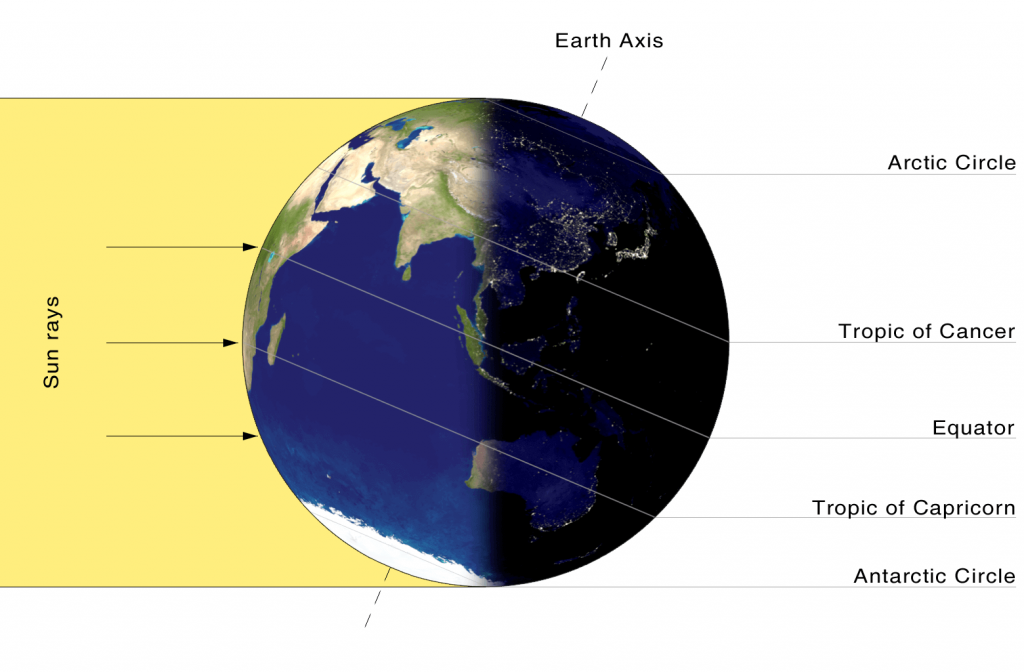 My favorite time of year is fast approaching. I love to see the layers of snow in my yard start to disappear, revealing patches of green. I have a small square of ground near my front door where daffodils make an early appearance every year. Have you ever stopped to think about the reasons behind the change of seasons? This week, I decided to take a closer look at the seasons, and here’s what I found. Enjoy!

Why Do We Have Four Seasons?

The change of seasons is more dramatic in areas that are farther away from the equator. The amount of daylight and darkness stays the same year round at the equator. Alternatively, there is a drastic change in the amount of daylight during the summer and winter seasons at the North and South poles. Some cities in northern Alaska receive just four or five hours of daylight on the day of the winter solstice.

The Future of the Four Seasons

Scientists have noticed a change in the timing of the seasons. The hottest day of the year as well as the coldest day are occurring earlier than they have in the past. There are many theories as to the cause behind this change. Some scientists say this shift in timing is due to global warming caused by humans, while others say it’s caused by changing wind patterns. In addition, some say that the magnetic pole reversal has something to do with seasonal timing changes. But pole reversal has been a regular occurrence over millions of years and will continue to happen.

The Seasons on Other Planets

I was surprised to learn that other planets experience changes of season, too. But seasonal changes on other planets don’t look the same as they do on Earth. For instance, Venus tilts only three degrees on its axis and has a small orbit. This means the seasons on Venus are short and temperatures don’t vary much. On Mars, there are 687 days in a year, while on Earth, there are 365. This makes the seasons longer on Mars. Plus, Mars’s axis has a larger tilt than Earth does, and Mars doesn’t maintain a regular distance from the sun. The ice caps on Mars grow during the wintertime and melt in the summer. Like Venus, Jupiter’s axis has a slight tilt, resulting in very subtle seasonal changes. But Jupiter is farther from the sun than Venus, which means its seasons are very long. In fact, each season on Jupiter lasts for three years! So be grateful you don’t live on Jupiter, and enjoy the change of seasons here on earth.

Photo of ice caps on Mars, via http://ow.ly/YuCpG