Accessibility
You are here: Home » Blog » The World’s First Flowers 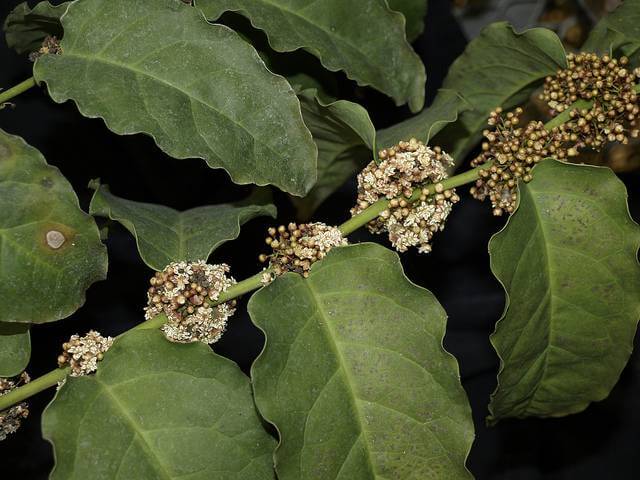 Fossils of pollen grains are the oldest evidence that flowering plants existed, and they have been found in Scandinavia and Switzerland, which at the time had much different climates. The pollen grains date back 245 million years, which was during the middle Triassic period, when the first dinosaurs existed. Scientists speculate that these early plants were pollinated by beetles.

The oldest fossilized flower found so far, Archaefructis sinensis, is 125 million years old. It was found in China and belonged to an aquatic plant. The primitive flower had no petals, but it did have carpels, which developed into small fruits on long, slender stems. Other fossils also prove that the first flowers were not the colorful beauties that we know today; they were small and had either no petals or small petals. In fact, you and I probably wouldn’t even recognize these plants as flowers.

Recently, scientists have discovered that Amborella trichopoda, a flowering shrub found solely in New Caledonia, is the oldest known living ancestor of flowering plants. They discovered that this plant is a link to ancient flowering plants by sequencing the plant’s genome. The flowers of this plant are small, simple white flowers arranged in ball-like clusters along the plant. Water lilies are another living fossil of the world’s first flowers.

So how did the angiosperms, or flowering plants, come to dominate in a landscape full of conifers and ferns? New studies show that around 160 million years ago, an ancient, primitive flowering plant received duplicate genes. Over time, some of these genes were eliminated while others took on new uses, one of which produced floral organs. One of these organs is the carpel, or the female reproductive structure, which develops into a fruit after fertilization and surrounds the seed. The fruit protects the seed, which helped flowering plants to spread their seeds all over, even in areas where the ferns and conifers could not survive, like flooded areas and volcanic regions.

Having both male and female parts in the same flower, as many flowering plants do, aided pollination and was likely a factor in the angiosperm explosion; gymnosperms did not have this advantage. Flowering plants also have shorter life cycles than gymnosperms, which helped them to evolve faster. They co-evolved with insects and with time evolved showier and showier petals to attract pollinators. Soon, there were more angiosperms than gymnosperms.

It is hard for me to imagine a world before flowers; in fact, human civilization as we know it could not exist without angiosperms. At first, when I imagine a world without flowers, I just think about how dull it would be without their beauty and color; however, flowering plants serve much more important purposes than to decorate the landscape. Our major food crops like corn, rice, grains, and nuts all come from flowering plants. The meat we eat comes from livestock that consume these products as well. The earliest medicines were from flowering plants, and today, we are still finding new medicinal uses from flowering plants. Art and culture have been shaped significantly by the beauty of flowers: After all, how many famous paintings are of flowers? Today, 90% of plants are flowering plants, and I couldn’t be happier about that.