Accessibility
You are here: Home » Blog » Floral Arrangements for a 2nd Anniversary 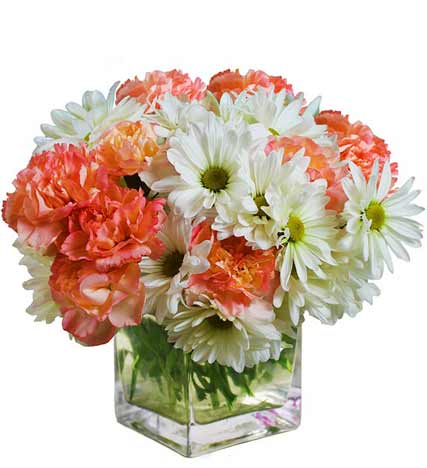 White carnations have an extensive symbolic meaning. White is the color of purity while carnations can stand for many characteristics that you may want to convey during such an occasion. For your second anniversary, many like to put emphasis on love, fidelity, and growth.

Each anniversary is a special one and there is a flower just as special to show how much you care. The arrangement itself can mean so much more than just a kind gesture of sending flowers, so its important to select your anniversary flowers carefully.

Each color of carnation has a meaning. White carnations signify pride, beauty, and evolving love. White is a peaceful, pure color and the symbolization of pride is the ultimate way to proclaim your love.

Not to mention, white is just a lovely color that matches every setting. Weather these flowers adorn the work space or home, white will fit right in the decor.

Carnations are lovely flowers that can be linked back to Greek and Roman times and were used to beautify homes as well as in artwork.

White is one the most beautiful color that can be given for this occasion. Its particular meanings, however, make it a perfect gift- the perfect flowers for your second anniversary.