Accessibility
You are here: Home » Blog » Pollinators Power The Earth! 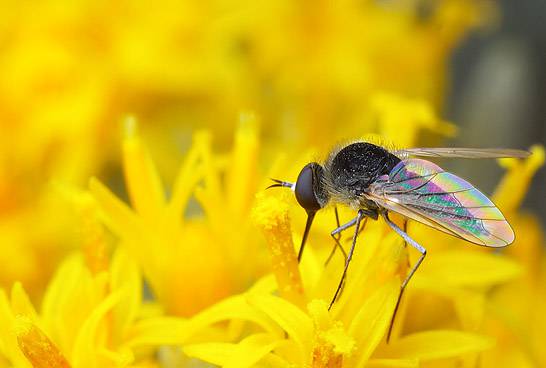 There are so many lovely flowers blooming all around my neighborhood this summer. But I know that none of them would be there without the help of pollinators. These animals carry pollen from flower to flower, allowing fertilization to take place. Bees are the most well-known pollinators. In fact, they are responsible for pollinating a large percentage of the crops grown throughout the world. Recently, we’ve seen a decrease in the bee population, which affects our food supply. Scientists are looking at various insecticides to see whether they have a role in the changes within the bee population. We need to do what we can to protect bees and other pollinators so they can do their important work. Can you think of other pollinators besides bees? I recently performed some research on pollinators and found a few examples that may surprise you.

The spiny mouse pollinates sugar bushes while drinking their nectar. The nectar includes an ingredient called xylose that is easy for these rodents to digest. Birds, on the other hand, cannot tolerate xylose, so they can’t pollinate sugar bushes. A lemur is another example of a mammal that is a pollinator. When a lemur pushes its long nose into a flower to drink its nectar, a dusting of pollen clings to its fur. When it goes to drink from another flower, it delivers pollen into it. The Australian honey possum pollinates flowers in much the same way a lemur does. As a honey possum sticks its long, thin tongue into a flower to drink nectar, pollen sticks to its furry nose. It transfers the pollen to the next flower it visits. A bat is a flying mammal that drinks nectar and munches on various parts of a plant. Guavas, mangoes, and cacti are just a few of the plants pollinated by bats.

You know that mosquitoes drink blood, but did you realize that they enjoy nectar, too? They land on flowers and transfer pollen just as other flying insects do. You probably know that butterflies are pollinators, but did you know that moths are as well? At night, moths move from flower to flower transferring the pollen. Sometimes moths lay their eggs inside a flower and then carry the pollen on their feet and wings to another flower. Other insect pollinators include ants, wasps, and midges.

Island-dwelling lizards including skinks and geckos feed on the nectar of some types of flowers. They carry pollen to the next flower on their feet and underbellies. These lizards also climb onto flowers when hunting for insects. Consequently, they sometimes participate in the process of pollination without drinking any nectar.

Along with being beautiful, a hummingbird is also a pollinator. These tiny birds flit around groups of flowers sampling nectar. Pollen clings to a hummingbird’s feathers and gets delivered to other flowers. Just think of how quickly a single hummingbird can pollinate a large amount of honeysuckle or bee balm! Sunbirds use their thin, curved beaks to drink nectar just as hummingbirds do. They carry pollen from one flower to another in rapid succession.

Why We Need Pollinators

One reason why we need these creatures is because a variety of pollinators in one area can increase the diversity of the plants growing there. Also, we need bees to pollinate fruits such as cherries and blueberries. A diverse group of pollinators increases the overall health of our environment. Plants and flowers continue to flourish and multiply due to the existence of pollinators.

So be grateful for each and every one of the pollinators that visits your garden!