Accessibility
You are here: Home » Blog » Holiday in Bloom: Christmas Flowers and Plants Around the World 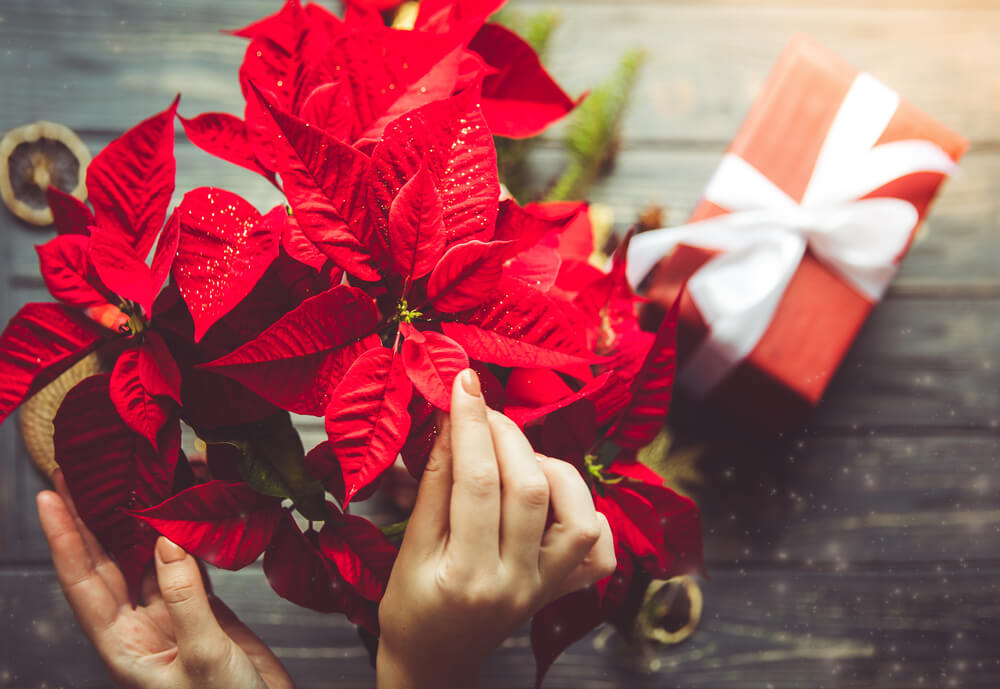 Cookies for Santa, caroling, building gingerbread houses… there are countless holiday traditions around the world. One that has withstood the test of time has to do with our favorite subject: flowers and plants! Many countries and regions have their own traditional Christmas flowers and plants, depending on history as well as availability in the region – which holiday plant is your favorite?And if you’re the holiday hostess with the mostest and hosting all of the holiday shindigs, treat yourself to one (or all) of these ideas!

Ye olde Christmas tree! A staple in almost every home around the world (that can access it) during the holidays. These days, the tree doesn’t just represent Christmas, making it a social symbol rather than religious one; families have adopted it as a Hanukkah Bush or New Years Shrub.

Holly and ivy are usually paired together, due to a belief stemming from the Pagans, which classifies holly as a male plant, and ivy its female partner. An old English tradition tells that depending on which plant (holly or ivy) were brought into the home first after Christmas, the ruling gender would be in charge of the household that year.

Mistletoe as a sign of love and friendship dates all the way back to Norse mythology. Kissing under this plant is a tradition that first started in England, and spread its roots throughout the western world.

Did you know the official plant of Christmas is native to Central America? An old Mexican legend tells the story of how poinsettias became associated with Christmas. According to the story, a poor Mexican girl named Pepita searched for the perfect gift to honor the baby Jesus. She had nothing of value to give so she picked some weeds and presented them at the altar. The weeds transformed into a stunning bouquet of red flowers. Those who witnessed this miracle began calling them the Flowers of the Holy Night, and thus – poinsettias became the official plant of Christmas.

Deck the halls with boughs of holly, the plant that represents the crown of thorns worn by Jesus at his crucifixion. In Scandinavia, the holly plant is also known as the “Christ thorn.” The use of holly during the holiday season pre-dates the Christian era; during ancient times Druids hung it on their windows to fend off evil spirits.

Contrary to the name of this festive perennial, Jerusalem has nothing to do with this plant. Small in stature and resembling a miniature tree with its “cherries” acting as ornaments, this colorful shrub has won the homes of many in the USA. But fans beware: the cherries are in fact poisonous and inedible, just like real ornaments.

Sometimes known as the “snow rose” or “winter rose,” this flower blooms in Central Europe during the darkest times of winter. The tradition calls for planting the Christmas Rose near the door, with the idea of welcoming Jesus Christ into the home.

Before poinsettias became the official Christmas plant in the Americas, it was the Christmas Pepper that dominated coffee tables everywhere. The pepper was a specific one: one that bore its ripest fruit in the winter, a pepper with a fiery kick.