Accessibility
You are here: Home » Blog » April’s Flower: The Sweet And Simple Daisy 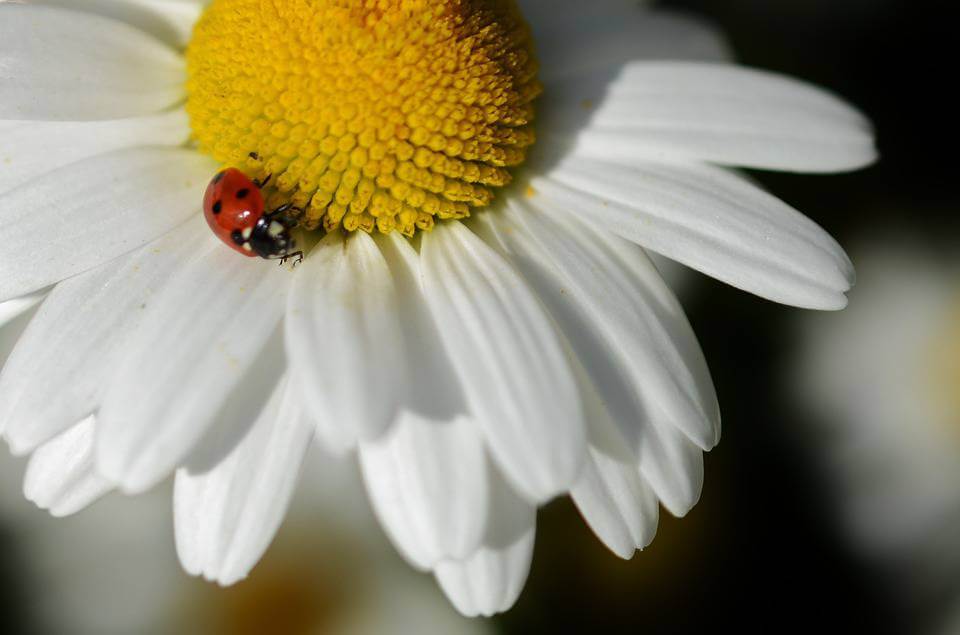 Regardless of what kind of mood I’m in, seeing a gathering of daisies can always make me smile. I especially like daisies with glowing white petals. It comes as no surprise that in art and literature, these lovely flowers represent purity, innocence, and joy. Along with daffodils, daisies are a sure sign that spring has pushed winter out of the picture. I hope you enjoy learning a few interesting facts about this delightful flower.

This hardy flower has been around for more than 4,000 years. It’s no wonder there are so many stories and meanings attached to it. Originally, the English referred to the flower as “daes eage,” or “day’s eye.” This is because daisies close when the sun goes down and open when the sun comes up. The daisy appears also in Roman mythology. While dancing in the forest, a nymph named Belides changes into a modest daisy to escape the attention of the god of the orchards, known as Vertumnus. Officially, the daisy was discovered in 1884 by a man named Richard Jameson. Though the flower was discovered in South Africa, it grows everywhere in the world except Antarctica. Daisies especially love to grow in areas where they get lots of sunlight.

I think one of the things that makes daisies so special is that you can decorate with them. Of course, a vase of daisies can immediately cheer up any room. You can also give your friends a warm welcome by creating a wreath of daisies for your front door. Dry out a gathering of daisies and use them to decorate note cards or jazz up a dull picture frame. It’s easy to make a crown of daisies to wear with a costume or just to celebrate the arrival of spring.

Daisies as a Cure

Over the centuries, daisies have been an ingredient in various types of medicines. For instance, in the 19th century, some medical doctors believed that consuming a daisy would help cure eye disease. Also, it was believed that daisies mixed with wine were a cure for insanity. Back in the 16th century, King Henry VIII consumed daisies to get rid of his ulcers. The daisy is still used today in natural remedies for a cough, backaches, sore muscles, and more.

So the next time you see a daisy, remember all of the history behind this simple springtime flower!