Accessibility
You are here: Home » Blog » What Plant Does Tequila Come From? 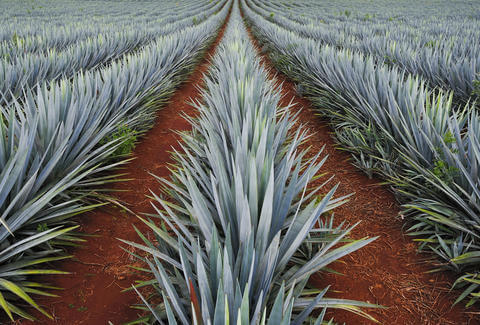 There’s more to know about tequila than if you should have it in shot form or in a yummy margarita. The origin of tequila is a fascinating one that involves the agave plant. While liquors such as whiskey, vodka and scotch are made from plants like wheat, barley or corn; tequila is derived from the agave plant.

The agave plant is a succulent that grows in the desert. This succulent is native to Mexico and is also known as maguey. The easiest way to understand where the agave plant comes from is to know that it is part of the lily family. While there are around 166 different species of agave, the only one that can be used to make tequila is blue agave (or agave tequilana weber azul).  Blue agave, which, when its leaves are sheared, leave a massive pit referred to in Spanish as the “piña,” or pineapple

This specific green succulent that has a tint of blue to it can grow to be around six feet tall. If you are looking for blue agave, you will find in specifically in Jalisco, Aguascalientes, Colima and Nayarit. The best time to plant the blue agave is during Summer months and is harvested during the first half of the year.

Since Tuesday is National Tequila Day, we thought that it would be fun to share some random facts about tequila and agave.

So whether you are a tequila connoisseur or a novice, it’s great to know a little bit of history behind tequila and the agave plant.