Accessibility
You are here: Home » Blog » Hay Fever is neither hay nor fever, so what is it? 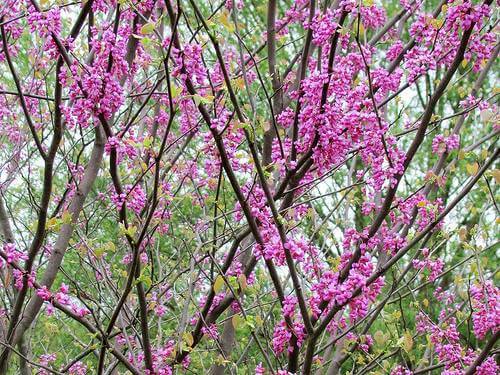 Isn’t it curious that an attack of hay fever has nothing to do with being near hay or having a fever? This hay fever season, I decided to look deeper into the botany of the scourge we call “hay fever,” beginning with its name.

Without a doubt, the descriptive phrase “hay fever” is much more pleasant to pronounce and spell than “summer catarrh,” an earlier name used to describe the mucous-y outbreaks of June. June also being the hay season, a relationship was assumed. Our forefathers leaned toward more practical names for the June misery, like “hay asthma,” “June cold,” or “rose cold,” all adding to our confusion over the condition.

“Seasonal allergic rhinitis” is the present medical term for hay fever. The term “seasonal allergic” implies an allergic response that occurs during the period of weeks when a particular plant is blooming and dispersing pollen. Hay fever sufferers are not ordinarily allergic until an irritant pollen is in the air.

The incidence and severity of hay fever symptoms is directly related to the concentration of irritants in the air. Pollen concentration will vary year to year, governed by temperature and rainfall. Warm years will increase pollen production, and increasing atmospheric CO2 has been shown to be increasing growth in ragweed (Ambrosia) populations.

However, hay fever-inducing irritants do not necessarily have to be pollen. According to University of Arizona studies, people with documented seasonal hay fever are more frequently sickened by paint fumes, pesticides, and exhaust than those who do not experience hay fever. There are known and unknown industrial vapors and other irritating pollutants in the aerobiosphere that can induce symptoms or attacks of hay fever, perfumes and tobacco smoke in particular.

So the old names “rose cold” and “rose fever” came into the vernacular because in very fragrant flowers, scents alone can be irritants, in the absence of pollenosis. If you always have seasonal hay fever, you may be as likely to experience an attack by deeply inhaling highly scented roses as you are by inhaling paint fumes.

Whether you are scent-triggered, pollen-irritated, or both, the best strategy to reduce or avoid hay fever attacks is to know the enemy, then run the other way.

The Imperial College of London has eliminated hay itself from the list of hay fever-causing plants. Hay fever-associated pollens are the smallest, lightest pollens of wind-pollinated, or anemophilous (pronounced “ann-eh-moff-u-lus”), wildflowers, grasses, and trees. Anemophilous plants produce clouds of microscopic pollen grains capable of traveling miles on a good breeze.

Wind-pollinated plants causing hay fever are not all wildflowers, grasses, and garden plants; the heaviest producers of wind-borne pollen are trees. Their millions of tiny flowers jettison millions of pollen grains into the atmosphere, pollens that by size and shape are adapted for long journeys. With a good storm wind, pollen can cross oceans. It is possible, then, to be receiving pollen in your locale from a distant ecosystem whose allergens have yet to be identified!

Therefore, though cases of hay fever confirmed by antibody presence can be clinically linked to a specific plant, such as ragweed pollenosis (Ambrosia artemisiifolia L.), immunization may not relieve the hay fever of some individuals. In other words, there may be for an individual exposure to irritants outside the realm of what is being tested.

Large-flowered garden plants and fruit trees, especially citrus, are generally hay fever-safe because they have large, heavy pollen grains, adapted for insect or animal pollination. The pollen of nectar-bearing flowers is so large that it has to hitch a ride to its next location on a butterfly, bird or bee. Heavy, sticky pollens are not likely to reach the nostrils unless deliberately inhaled.

Ragweed (Ambrosia) and wild goldenrods (Solidago) have earned their place in the hay fever-producing weed category, though some of us consider them wildflowers. Cannabis has been linked to hay fever, though it’s difficult to categorize at the moment – it may become a garden plant, weed, or agricultural crop. Grasses encountered in landscaping that have been linked to hay fever are fountain grass, cord grass, Bermuda grass, bluegrass, and crabgrass. In the case of lawn grasses, mowing before they bloom will subvert pollen production.

Lastly, the gender of flowers or flower parts is truly a deciding factor in the presence of pollen. Pollen is produced by stamens, the male part of a flower. Some plants have flowers with male and female parts, stamens and pistils respectively. Some plants have flowers that are either male or female blooming on the same plant. And some plants have flowers that are either all female or all male. With this valuable information, one may rule out pollenosis caused by any plant with all-female flowers. Still, it is possible for the nose to intercept a pollen cloud headed for female flowers, and if the ladies are highly scented, beware!

I hope this bit of research has addressed some of the myths and mysteries of hay fever, the no-hay, no-fever yearly affliction of the masses. Those who have been scoffed at for their sensitivity to paints and other fumes are vindicated. Personally, I have learned my father’s hay fever, always believed to be caused by ragweed, is another hay fever misperception – as a botanist I realize we live as very far away from ragweed as we do from hay.

Leigh Fulghum runs the very popular site http://www.floridaplants.com/ and is a cultural botanist. She has worked for over 30 years in South Florida as an award-winning freelance landscape designer, horticultural consultant, and biological environmental consultant. Leigh has scientific expertise in plants of all South Florida ecosystems as well as in commercial, residential, and natural site design.