Accessibility
You are here: Home » Blog » Creatures Disguised as Flowers 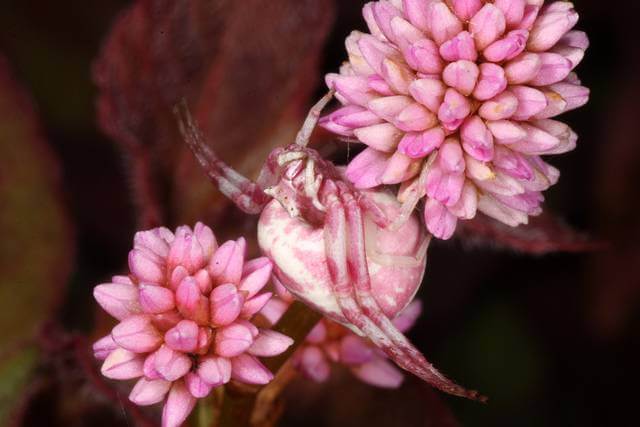 Some of the most fascinating and beautiful creatures are those that disguise themselves as flowers; of course, since I am a florist… I might be a little biased! Many insects wear a flower disguise in order to protect themselves from predators by blending in to their surroundings; on the other hand, some blend in to ambush unwary prey. However, not all flower-like creatures live on land-one look at sea anemones, crinoids, and certain fish and you will realize that the ocean is an underwater garden. Here are some stunning photos of seven creatures that look like flowers.

If there was a contest for which creature looked the most like a flower, the orchid mantis would be the winner. In fact, when this mantis was first discovered in 1879 by journalist James Hingsley, he thought he had found a carnivorous orchid! The orchid mantis doesn’t just hide among the flowers to ambush a meal-it can sit out in the open all by itself and wait for insects that are attracted to flowers to come directly to it. In fact, it does a better job at attracting insects than real flowers do!

If you happened to be walking through a wetland area and this little guy’s nose was sticking out of the ground, you probably would mistake it for some pink daisies. This “nose” is full of Eimer’s organs, which make this snout one of the most sensitive appendages on the planet. The moles are blind, but the star nose has such amazing sensitivity to scent that it can even smell underwater.

Yucca plants and yucca moths live in an amazing symbiotic relationship. The small white yucca moth blends in perfectly with the yucca flowers that it mates and lays eggs in. The female moth cross-pollinates yucca flowers, and the flowers provide food for the emerging yucca moth larvae.

Forget chameleons! The crab spider can change its color to blend in with whatever it is sitting on. Usually they prefer to stay on flowers, rocks, leaves, and soil; obviously, that means they can appear in any color of the rainbow. These spiders do not spin webs; instead they camouflage themselves and lay in wait to ambush prey.

These breathtaking creatures are also known as sea lilies. Crinoids flourished 500 million years ago, and the few left today look like alien life from another planet, beautiful and strange. They have feathery, petal-like rays that collect food and help them to swim slowly through the water. Crinoids are related to star fish, but I think they look more like spider chrysanthemums.

The lionfish is another beautiful and bizarre ocean creature that looks like a flower; in my opinion, it looks like a type of chrysanthemum or dahlia. This fish lives in coral reefs and both its coloring and body form help it to blend in with sea anemones, rocks, and corals; the coloring and body form also serve as a clear warning that this fish is poisonous. The lionfish lays in wait for unsuspecting fish and quickly snaps them up in its wide jaws.

Sea anemones look so much like flowers that they are in fact named after the bright and beautiful terrestrial anemone flower. Sea anemones vary in size, form, and color as much as flowers do; when looking at them, I am reminded not only of anemone flowers, but of dahlias, chrysanthemums, sunflowers, and peonies just to name a few. Although they look like flowers, they are actually meat-eating animals and their “petals” are full of stingers which allow them to protect themselves and capture prey.