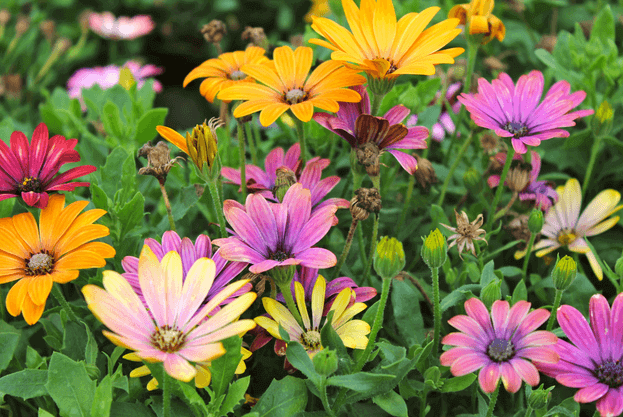 As April gets under way, the temperatures are rising, animals are coming out of their winter hiding places, and flowers are popping up everywhere. So it’s appropriate that April has such a cheerful birth flower in the form of a daisy. This simple flower has an interesting history that’s worth a closer look.

A Short History of the Daisy

Daisies are displayed in stone carvings dating back as early as 3000 B.C. They show up throughout history as a symbol of innocence and fidelity. Daisies were planted in Egyptian temple gardens and were used to treat various stomach ailments and wounds. It’s believed that the daisy was Queen Victoria’s favorite flower, making it a familiar sight in many gardens during the Victorian age. This hardy flower continues to occupy space in many gardens today.

Daisies are originally from northern Europe but are seen throughout the world, except for Antarctica. They can grow by a roadside, in a field, in the woods, or even in the mountains. There are more than 23,000 species of daisy. The Shasta, English, gerbera, painted, and oxeye are just a handful of the many types of daisies.

Caring for Your Daisies

Most daisies grow best in an area with rich, well-draining soil and lots of sunlight. If you plant clumps of daisies, be sure to allow one or two feet of space between clumps. This gives them room to grow without missing out on any nourishment. Daisies are perennials, so they will return year after year. I like to put Shasta daisies around the edge of my garden so they get plenty of sunlight. Plus, they serve as a nice contrast to some of the more colorful flowers in my garden, such as my winter irises.

When you think of a daisy, what picture pops into your head? For me, it’s the oxeye daisy. I know they are sometimes considered weeds, but I love to see them growing wild beside country roads. Oxeye daisies have a yellow center surrounded by white petals. A Shasta daisy also has a yellow center with white petals, but its leaves differ from an oxeye’s. While most daisies feature a white/yellow combination, gerbera daisies come in many different colors. These colors include bright orange, yellow, pink, peach, blue, crimson, bronze, and maroon.

Daisy Facts You May Not Know

I hope these facts help you appreciate this dainty flower even more!