Accessibility
You are here: Home » Blog » 9 Surprising Facts You May Not Know About Pumpkins 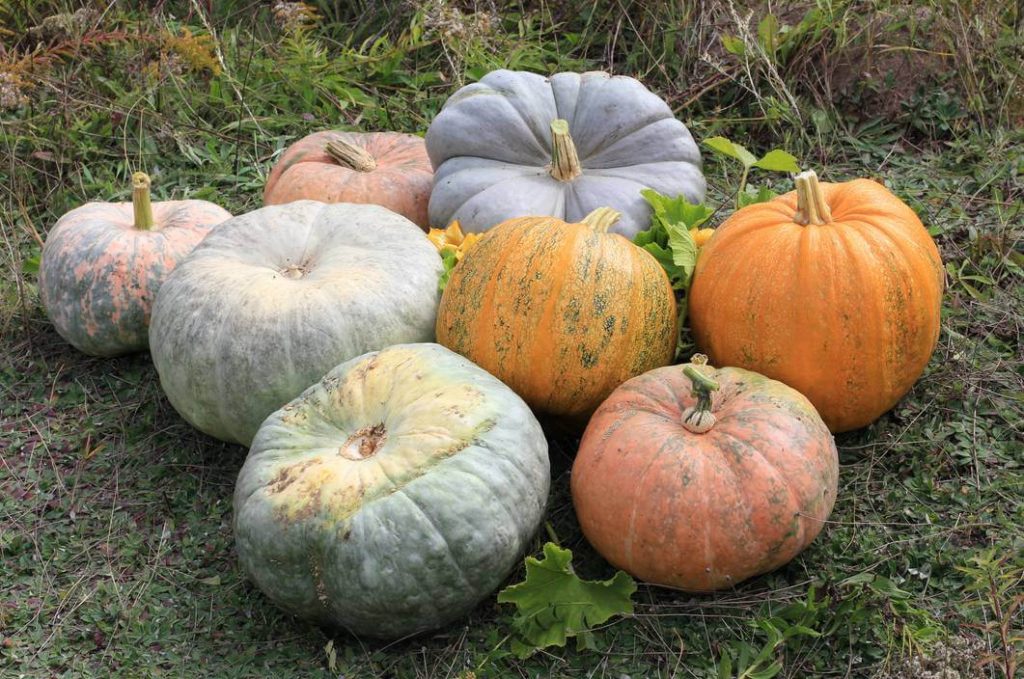 As I walked my dog Basil through my neighborhood a few days ago, I couldn’t help but notice all of the pumpkins perched on porches and window sills. I love to see the scary, funny, sad faces of pumpkins staring down at me. I even saw a pumpkin carved to look like a frightened cat. Seeing all of those pumpkins in my neighborhood made me want to know more about them; Here are nine facts I found that you may not know about pumpkins. Enjoy!

1.) The Story Behind the Jack-O’-Lantern: There’s a good chance that you carve at least one pumpkin each October and put a candle into it, making it a jack-o’-lantern. But do you know the story behind the jack-o’-lantern? The story originated in Ireland in the 1500s. It begins with a man named Stingy Jack who agrees to have a drink with the devil. True to his name, Stingy Jack didn’t want to pay for the drinks, so he asked the devil to turn himself into a coin to pay the bartender. After the devil became a coin, Stingy Jack pocketed the coin instead of paying for the drinks. Jack kept a cross in his pocket along with the coin to prevent the devil from changing back into his original form. Eventually, Jack took the cross out of his pocket and allowed the devil to change back, but he made the devil promise that he wouldn’t take revenge. Years after tricking the devil a second time, Jack died and was not allowed into Heaven. Instead of letting him into Hell, the devil handed Stingy Jack a burning coal and condemned him to wander the earth forever. Stingy Jack carved a turnip and put the coal inside it, and he has wandered the earth ever since. In Ireland, people carve turnips and put a candle in them to keep spirits like Stingy Jack away. We use pumpkins to make jack-o’-lanterns today because they are seasonal and easy to carve.

2.) The First Version of Pumpkin Pie: The colonists were introduced to pumpkins and squash by Native Americans. An early version of pumpkin pie made by the colonists started with cutting off the top of a pumpkin. After removing the seeds, they would fill the pumpkin with milk, spices, and honey and cook it on hot ashes. I can only imagine the delicious aroma of that baking pumpkin!

3.) A Pumpkin by Any Other Name…: Cotton Candy, Orange Smoothie, and Hooligan are all varieties of pumpkin. In fact, there are dozens of varieties, and not all of them are orange. Pumpkins can be red, green, white and yellow.

4.) The Origin of the Word “Pumpkin”: The word “pumpkin” comes from the original Greek word, “pepon.” “Pepon” means “large melon.” Through years of use by the English and the French, the sound and spelling of the word changed to what Americans know today as pumpkin.

5.) Pumpkins Are Healthful: A pumpkin is a fruit that is approximately 90 percent water. Pumpkins contain a high level of fiber, iron, and magnesium. Believe it or not, pumpkins have more potassium than bananas! Some people even eat the flowers that grow on a pumpkin vine.

6.) That’s a Lot of Pumpkins: Every year, 1.5 billion pounds of pumpkin are grown in the United States. The states that grow the most pumpkins are Illinois, Ohio, Pennsylvania, Indiana, and California. Morton, Illinois, is the unofficial pumpkin capital of the world. There is only one continent where pumpkins are not grown, and that is Antarctica.

7.) Everybody Loves Pumpkins: We know that Americans love to eat breads, pies, and soups made with pumpkin. We even like to collect pumpkin seeds and roast them. But did you know that pumpkin is appreciated all over the world? In Japan, it’s an ingredient found in tempura. Also, pumpkin is sometimes included in curry recipes prepared in Thailand. In addition, pumpkin can be found in pasta sauces as well as stuffed pastas in Italian recipes.

8.) The Heaviest Pumpkin: The heaviest pumpkin on record was grown in Switzerland by a man named Beni Meier. On October 12, 2014, his pumpkin weighed in at 2,323 pounds.

9.) Pumpkins in Literature: Pumpkins are present in many famous works of literature. Of course, there is the pumpkin-turned-carriage in the fairy tale Cinderella. Also, the headless horseman held a pumpkin in his hand as he galloped over the roads of Sleepy Hollow in The Legend of Sleepy Hollow by Washington Irving. The Marvelous Land of Oz by L. Frank Baum featured a character called Jack Pumpkinhead. Pumpkins also play a major role in It’s the Great Pumpkin, Charlie Brown by Charles Schulz.

I hope this gathering of surprising facts inspires you to carve a cool jack-o’-lantern, make a delicious recipe featuring pumpkin, or roast a pan of pumpkin seeds!